In Geography, Thistle class have been learning about where we live - The UK. We started by trying to identify The UK on a world map, then zoomed in on the islands to create a beautiful map, identifying countries and seas.

Bluebell Class located and named countries in Western Europe on a map, using atlases to find out more information.

Cygnet class have found out about the different human and physical features of a seaside.  They used what they learnt to build a seaside in the outdoor area. 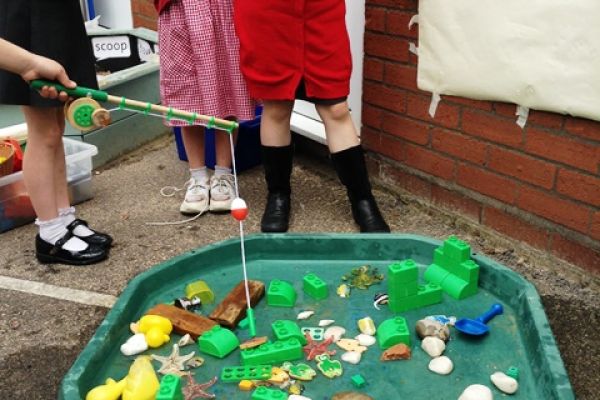 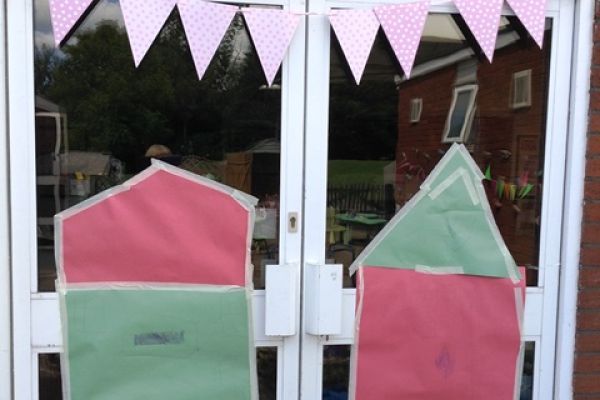 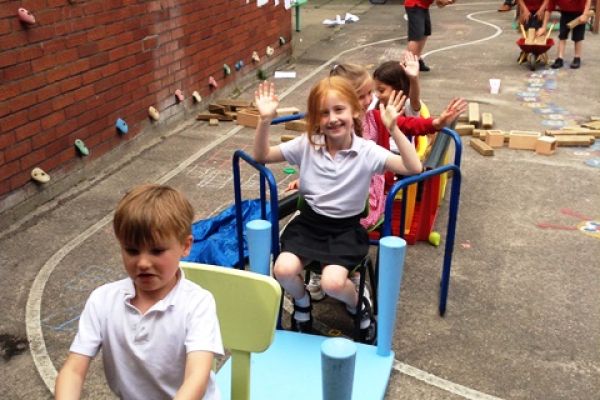 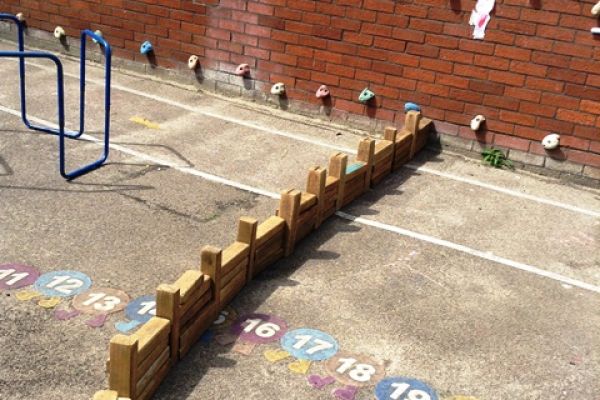 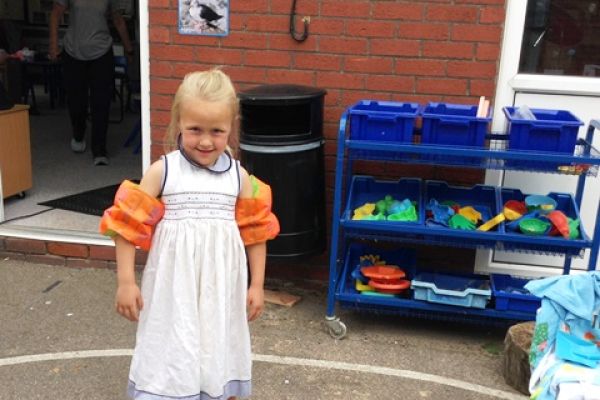 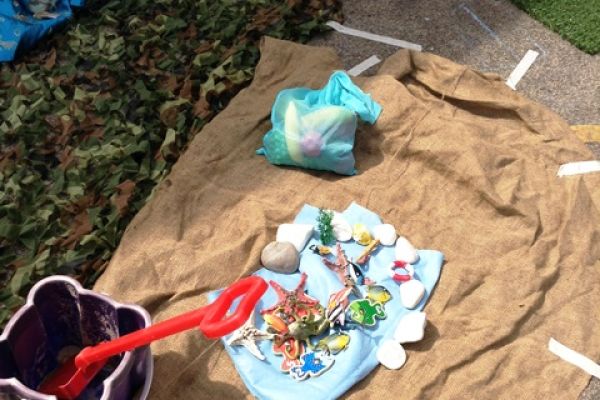 Children in Cygnet Class looking at an aerial photograph of the school grounds.

“This is a bird’s eye view.  We go in this playground and that’s the pirate ship so the carpark is there.  That’s the school.  We’re in here.  That’s where we scoot.  Fenland’s in there because they are swimming.  There must be a teacher and some kids in there.”  Sophie

“That’s where the pre-school is.  That’s the woodlands.  I can see the pool and the playground.  This is a space where the trim trail is.  Look at the goals where we do football.”  Evelyn

“The kids throw the ball here and run.”  Elsie

“I can see the school.  That’s where we play bounce ball.  There’s the Cygnet garden.  Look two goal posts to play football.  This is called a bird’s eye view.”  Emily

Fenland have been understanding what causes earthquakes and how to stay safe during them.
Children have been learning about areas of the world that suffer from extreme temperatures - including the hottest, coldest, wettest and driest cities on the planet. They also learned about the hemispheres, tropics and date lines (including Greenwich Meridian). They then had to recreate a world map, in teams, from memory.

Our Greek guest, Vicky, taught us all about her Greek traditions; travels around Greece, as well as Greek dancing, and singing to us  - in Greek!  An inspiring visit. 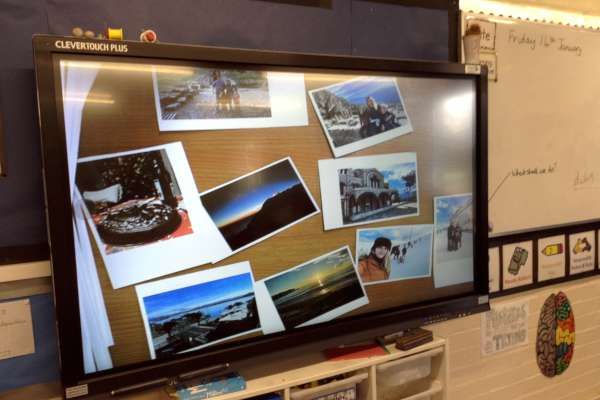 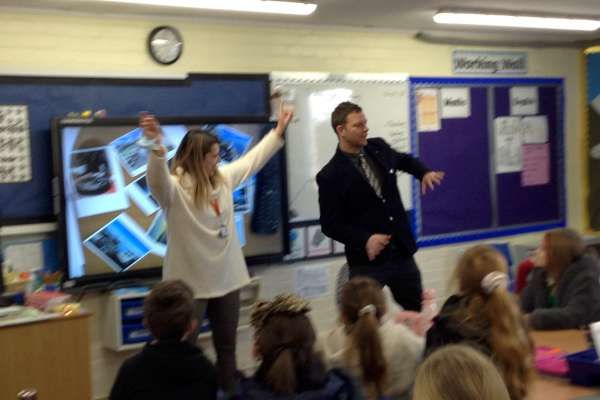 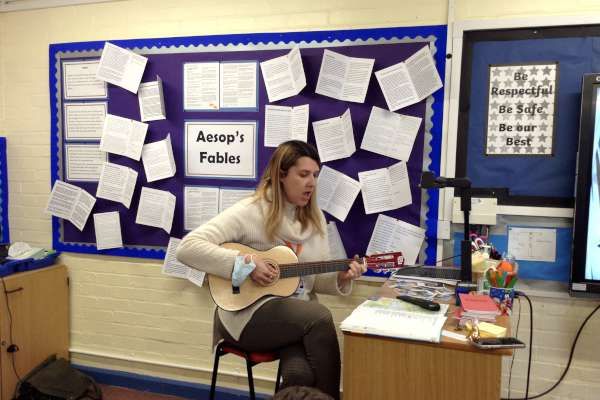 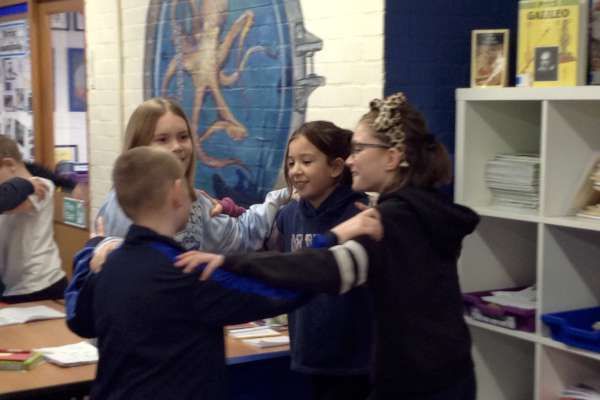 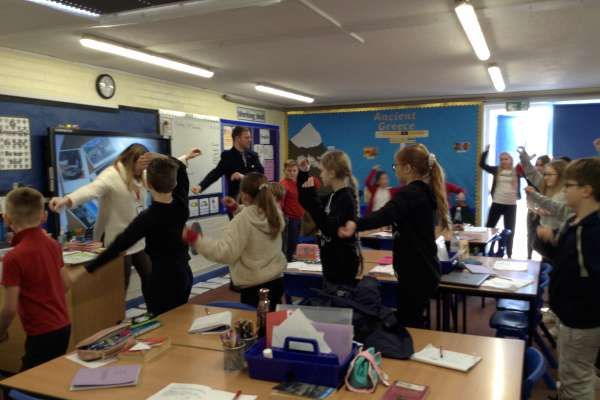 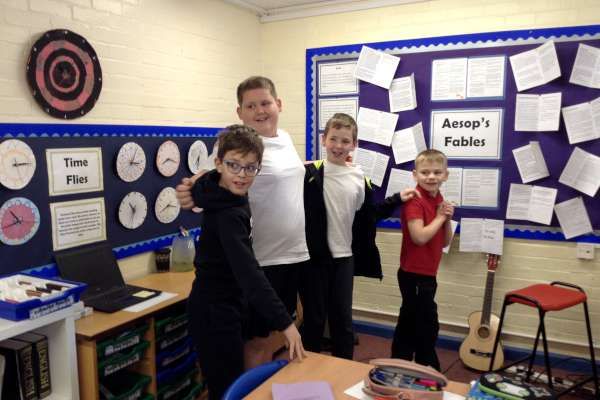